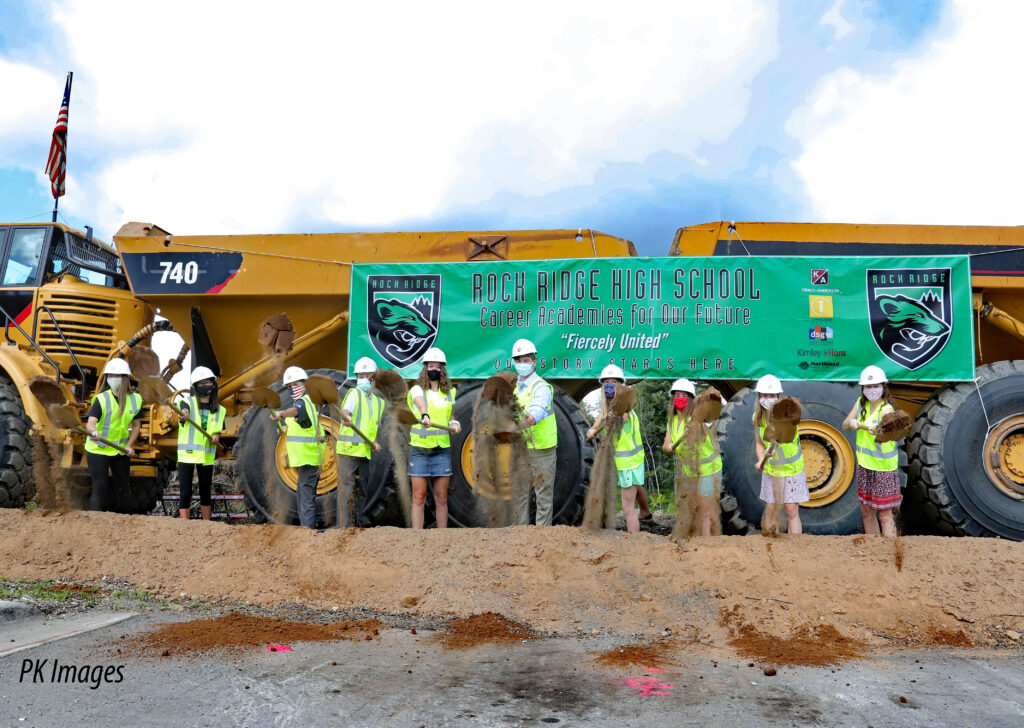 The combined school districts of Virginia and Eveleth-Gilbert have been decades in the making. Many said the two rival schools could never come together, but on July 1 they consolidated to become Rock Ridge Public Schools and on Wednesday they broke ground on a new career academy high school.

“Two school districts, mortal enemies for hundreds of years, coming together, agreeing to build a high school and two new elementary schools; then choosing their mascot, school colors and a name; and then agreeing to consolidate. Who does this? Nobody. And I mean nobody,” Rock Ridge Superintendent Noel Schmidt said. “So congratulations Rangers, you have done something that almost nobody in the United States could do.”